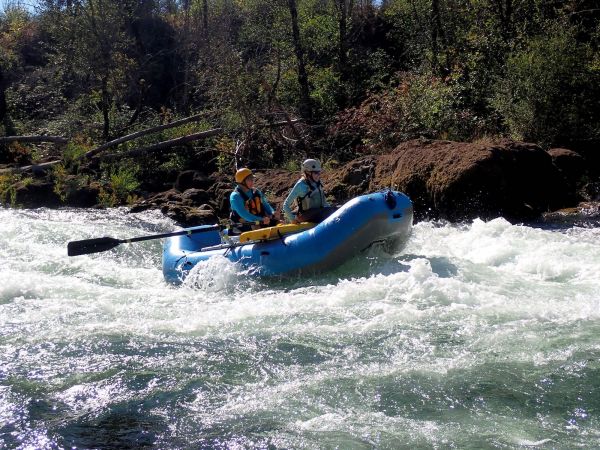 The past month of October on the North Santiam River had been phenomenal this year with higher than normal water flows being released from the Detroit-Big Cliff Hydro Project and with record setting sunny, dry and exceptionally warm days thrown in. Such was the case during our October 8th OWA club trip. With the river flows hitting around 2,650 cfs and daytime highs hovering upwards of 80 degrees fahrenheit. Everyone who expressed interest in this day float met up at the North Santiam State Park located east of the community of Mehama. Since the North Santiam Park was also our takeout location, we stacked boats on trailers and arranged for several vehicles to be left behind for shuttling people when we exited the river. Everyone was in good spirits thanks in part to the brilliant blue skies and sunshine that greeted us for this run. 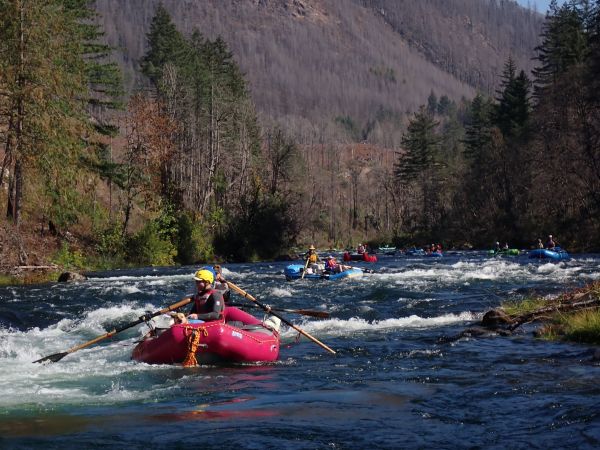 The launch site at Packsaddle Park was busier than usual, but we managed to get boats unloaded in an orderly fashion. There were 23 eager boaters and passengers that showed up for this trip resulting in a flotilla of 15 boats that included rafts and cat-boat. The deciduous foliage change in the Santiam River valley was running a bit later than usual for displaying its colorful fall personality of brilliant amber, peach and crimson colors. One noticeable change along the banks of the North Santiam River, other than the destructive Beachie Creek Fires of 2020, was the construction of new homes being built or the renovation of the older homes that survived the fires. Another consideration is the fact that a large amount of the valley landscape is void of its usual trees and shrub foliage along the river banks and is what made the houses more noticeable. 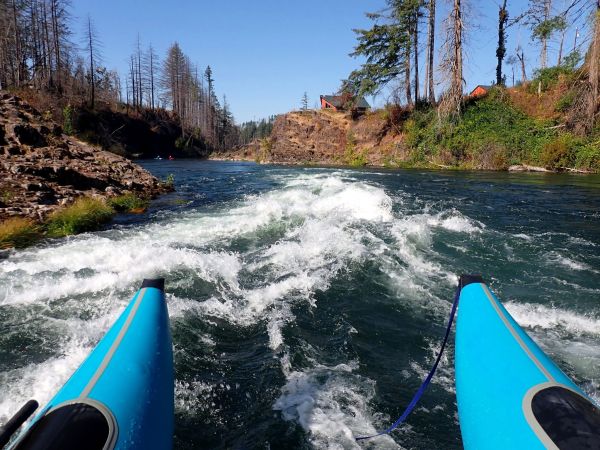 The upper and mid section of this run on the North Santiam River consists of numerous class II+ to class III rapids that kept ear-to-ear grins on everyone’s faces.  This included such rapids as the Swirlies, Fake Spencer’s Hole, Spencer’s Hole (class III) and Carnivore. 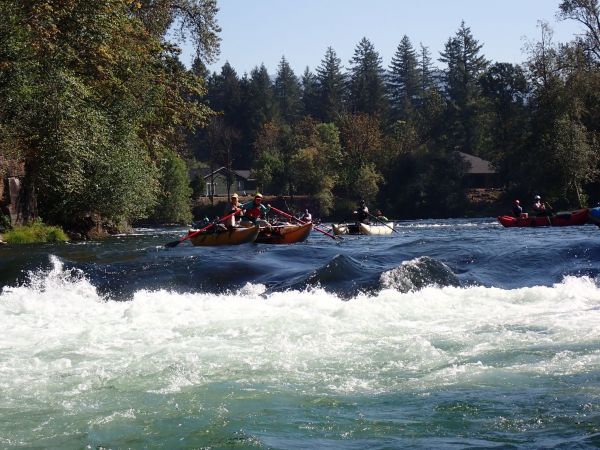 Mill City Falls (class III) a couple miles further downstream is best indentified when the metal bridges of Mill City become visible. This is a horizon line drop that is best run just left of center, at this flow. A lunch break was taken in the large right side eddy just past Mill City Falls and the two bridges in the community of Mill City. Soaking in the sunshine and watching other boaters (commercial paddle rafters) cliff jumping from the left bank was the highlight of our pull-off break. 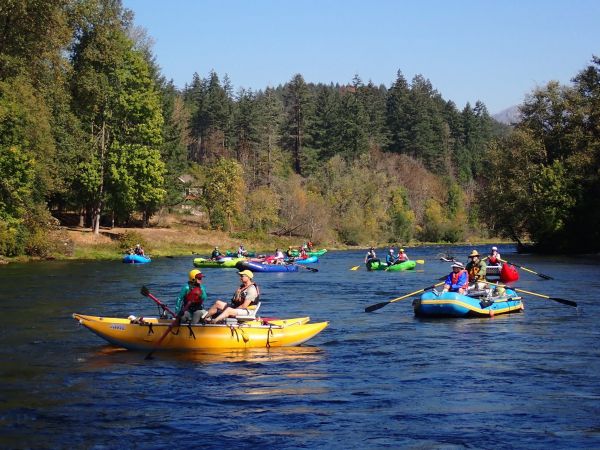 The remainder of the float from Mill City to the takeout at North Santiam Park was a bit more leisurely with several class II rapids to keep you staying focused on the river while enjoying the riverside scenery. All in all, it was a good group of folk’s who enjoyed the day on the river. All the boaters kept appropriate boat distance without spreading out too far and were helpful with loading boats at the takeout. 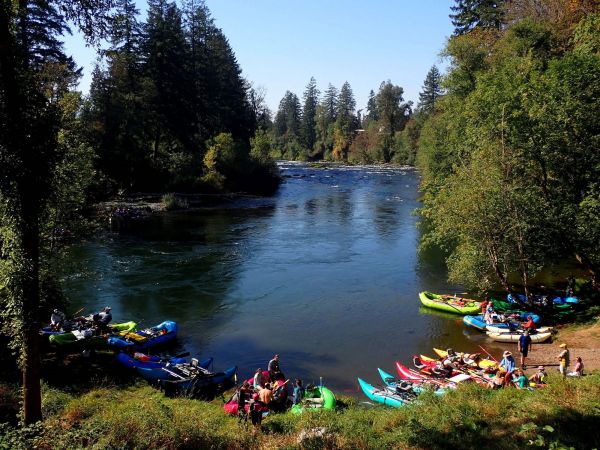