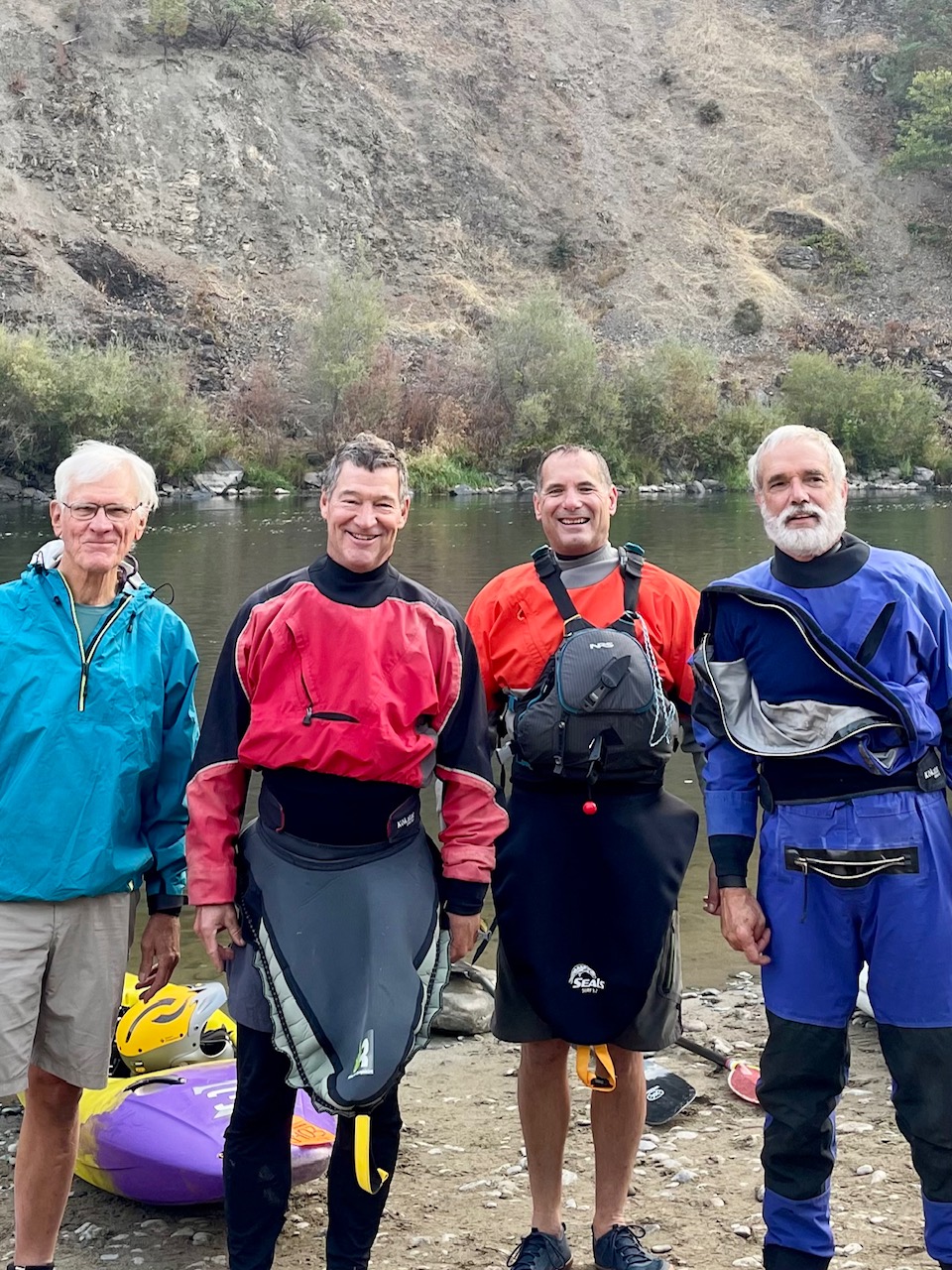 Courtney Wilton easily snagged a permit for the Wild and Scenic Rogue River late September, with the idea of a self-support kayak trip.  Dale Davidson, Paul Norman and I, Bruce Eicher, were quick to respond.

Logistics of the float had just settled down after the Rum Creek fire that burnt several miles of the upper parts of the Wild and Scenic and touching Almeda, Rand and Galice.  Permits were back to normal operations, shuttle route over Bear Camp reopened, and camping at Almeda was a go. We were asked not to launch at Grave Creek so we added the nice 4 mile warm up from Almeda to our three day paddle.  We were also asked to stay off the left river bank through the fire damaged areas. We were allowed camp fires with the normal restrictions of using our fire pan and keeping below the high water line and on top of sand or gravel. 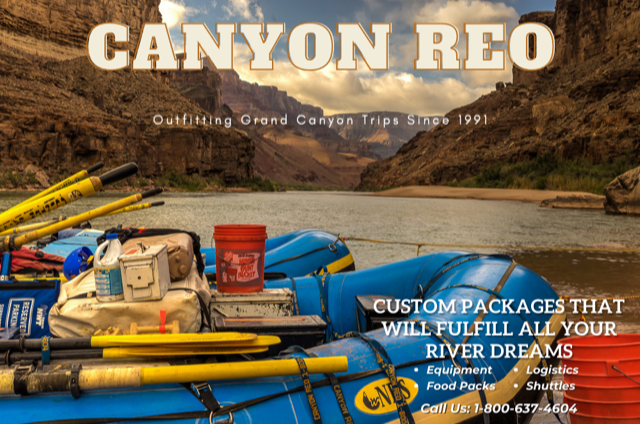 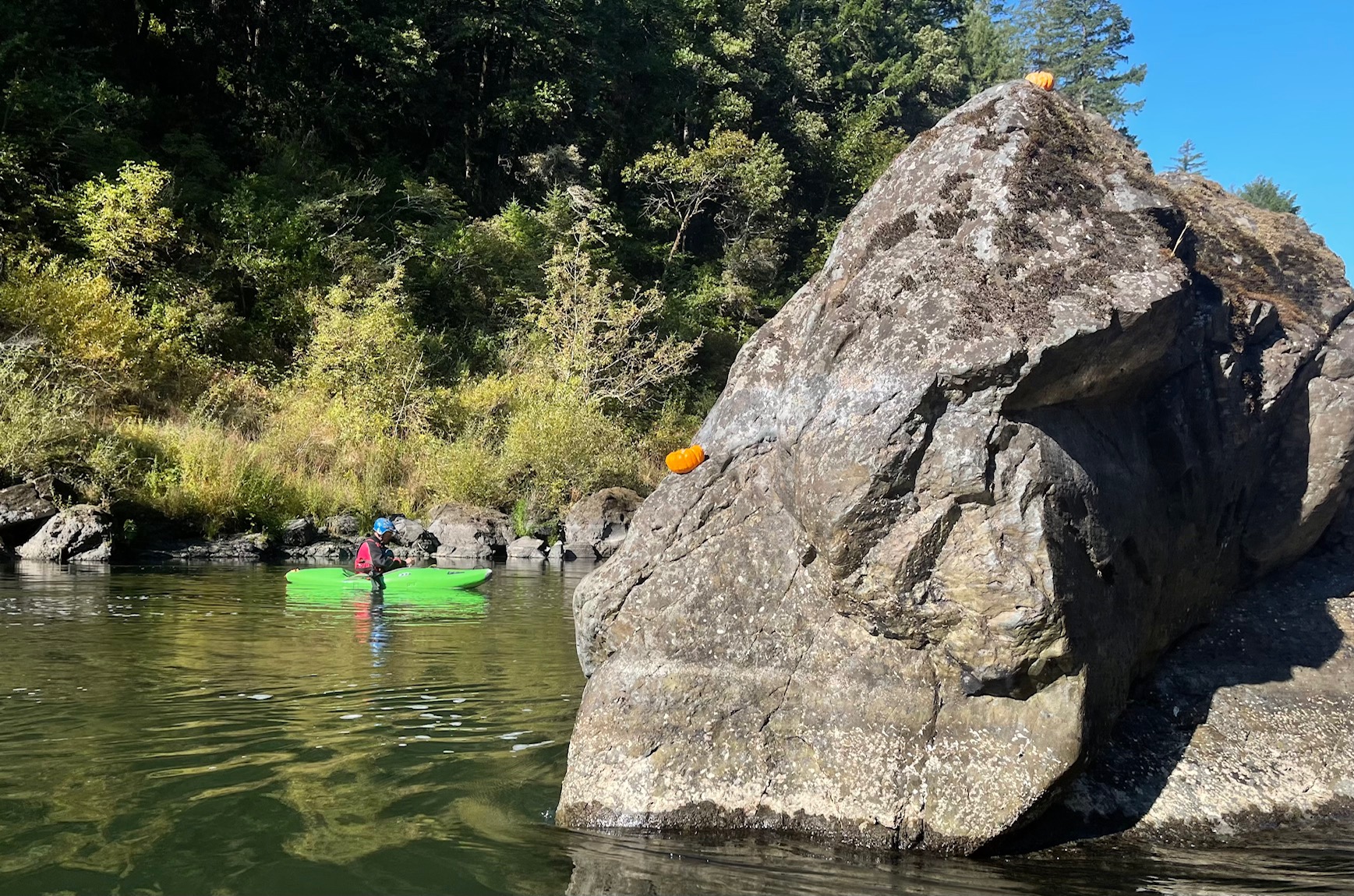 Packing for self-support is like backpacking, UL (ultra-light) gear is the key, along with freeze dried food prepared with boiled water. While we didn’t have the delicious BBQ or other rafter meals prepared from their big kitchens and coolers, we did have room for a couple camp drinks as a treat. My total gear bags weighed in at 30 pounds including two bladder bagged bottles of wine. The two skinny dry bags fit down the stern of my hardshell kayak. Courtney and Dale packed their hard shells about the same and Paul had a little more room in his long canoe, so he carried the compact fire pan and a couple of beers for Courtney. 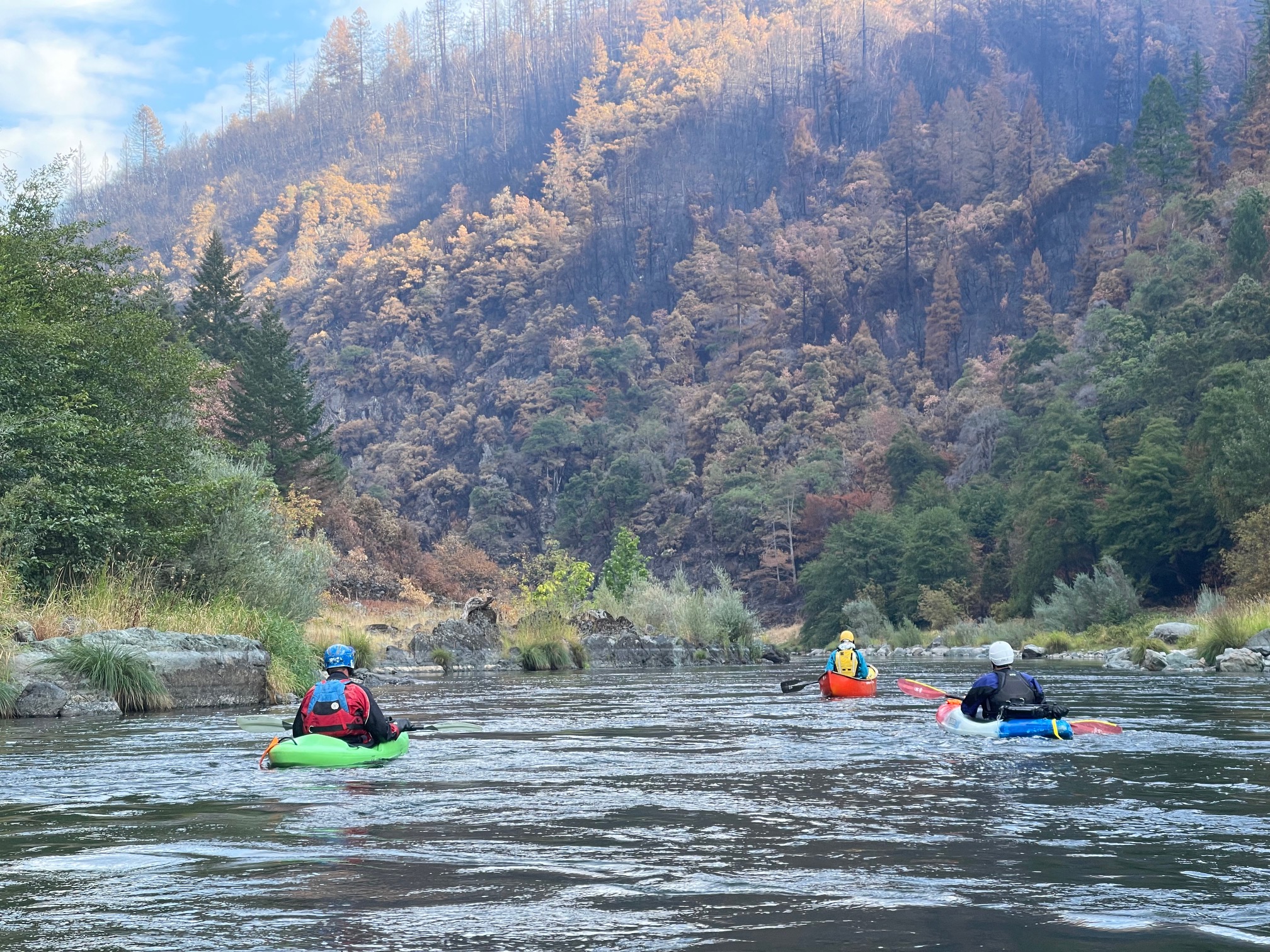 We launched Sunday September 25th with a water level of 1700 Agness and 1100 Grants Pass. I find this level fun and very manageable in a kayak. Though the pools are slow and longer, many of the smaller rapids are now fun chutes and drops. This made my tenth time down since I started whitewater kayaking three years ago, Courtney has more than double that and Paul about triple! And this was Dale’s second time this year with a handful others over the years of his extensive paddling experience. 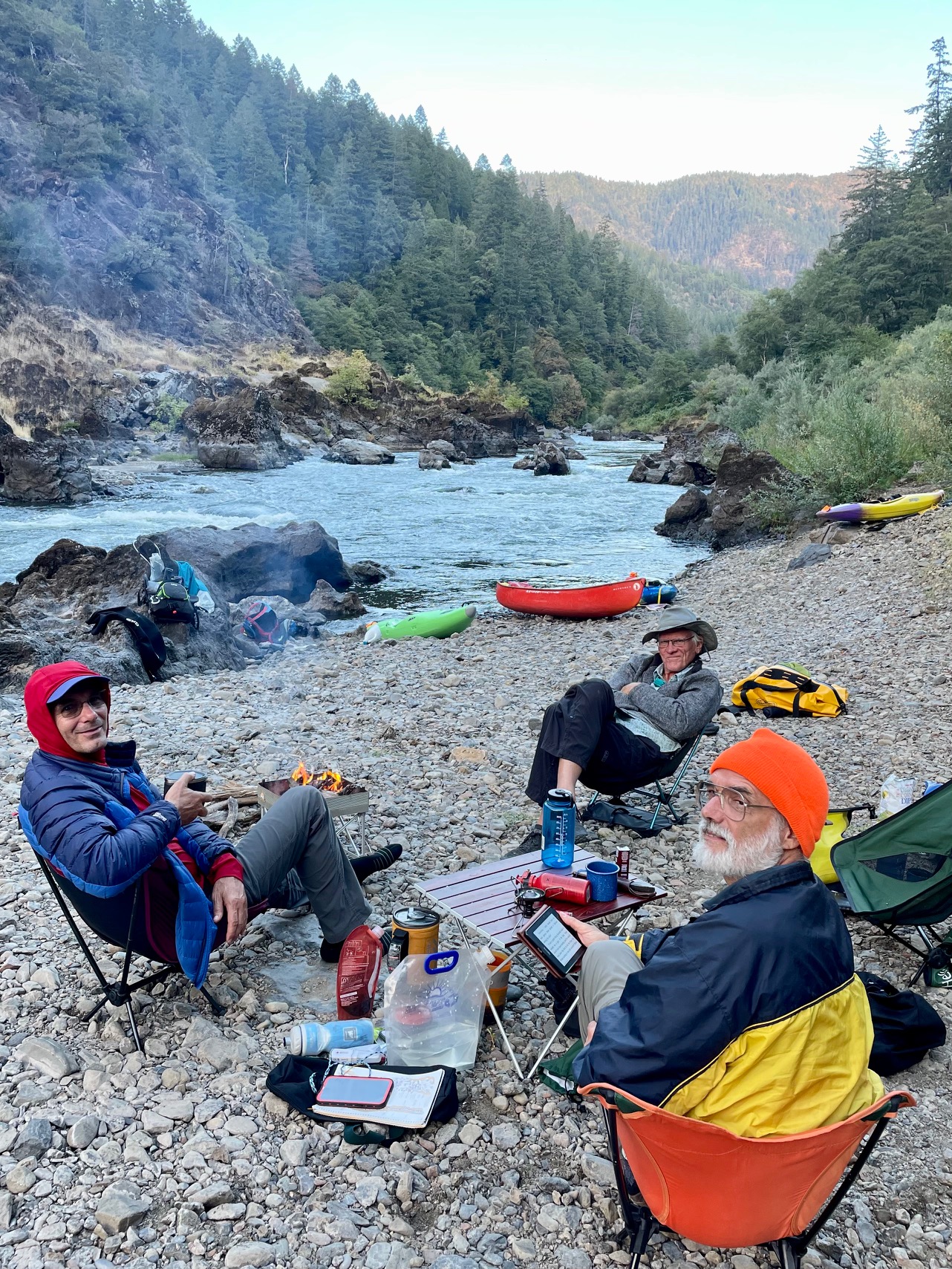 Courtney noted there were about 45 slots available for permits going unclaimed. There was a private group of four rafts and three kayaks launching behind us. And a large commercial fishing group with about 7 drift boats.  The fishing group was staying at the lodges leaving only the rafters and us camping. We had our choice of camp sites each night. With limited space and weight limitations we did need fresh stream water each night. We chose Lower Dulog the first night and gathered water from the creek to filter. The second night we camped at Lower Solitude. Anticipating this with no water there we stopped at East Creek to fill our water bags.

Weather was perfect, plenty of sunshine to warm and dry us each day. The river again allowed us safe passages. We did hear about and then see an unfortunate drift boat pinned in the rocks (a couple days earlier) directly below the island of Wild Cat rapid.

You can see some of the results of the fire in our pictures. Unfortunately it’s becoming too normal of a sight, not unlike the Clackamas, North Santiam and the McKenzie to name a few.  - SYOTR